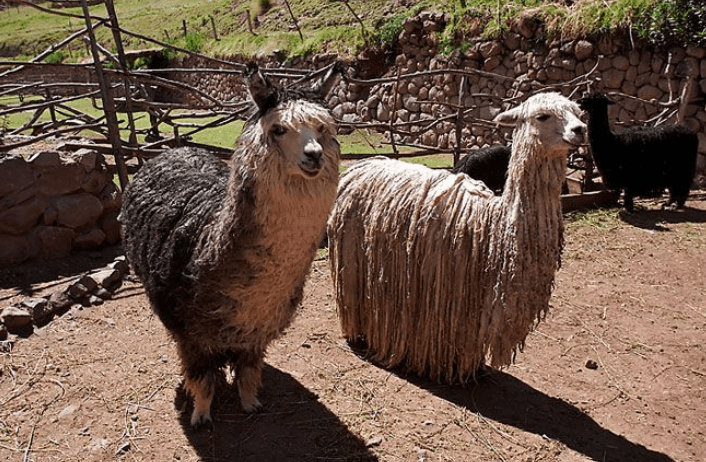 Alpacas have the reputation of being friendly, docile, intelligent and even eco-friendly. They are arguably the most charming of all the herd animals. The versatility and luxury of their fleece are major factors in the popularity of alpacas, a popularity that has been growing from the time they were domesticated more than 5,000 years ago high in the Andes mountains.

The alpaca is a member of the camelid family, a group that includes camels and llamas and in South America, the guanaco and vicun᷉a. Both the guanaco and the vicun᷉a still live wild in the Andes. Llamas are considerably larger than alpacas and are descended from guanacos. They are used primarily as pack animals and to guard herds of sheep and alpacas. An average adult llama weighs between 250 and 450 lbs. By comparison, an average adult alpaca weighs between 100 and 200 lbs. and is raised for its fine fleece. Alpacas are descended from the vicun᷈a.

Perhaps the beautiful eyes of alpacas and mouths that always seem to smile contribute to the image of friendly docility, but their reputation arose from more than a great smile. Breeders, ranchers, and research verify the gentleness and intelligence of alpacas. One of their attributes is keeping a communal dung pile, preventing contamination of the rest of the pasture and resulting in cleaner animals. It also makes it easier for ranchers to clean up or compost and deters the spread of pathogens.

The communal “latrine” is not the only way alpacas are eco-friendly. Because they do not have hooves, they do little damage to pasture growth. Alpacas have two toes on each foot with toenails that grow on top. The bottoms of their feet are padded so that as alpacas graze, plant roots are left undamaged.

From ancient times to today, alpacas and the products derived from them have proved their worth. Alpacas are amazing!